…she performed Mendelssohn’s violin concerto with tight dexterity and balanced grace and a tone which was lean yet strong, deliberate yet gentle. Her cadenzas sparkled, with seriously impressive ornamentation and silkily subtle double-stopping, though it was her dialogue with the orchestra which really showcased her command of the music. The Herald 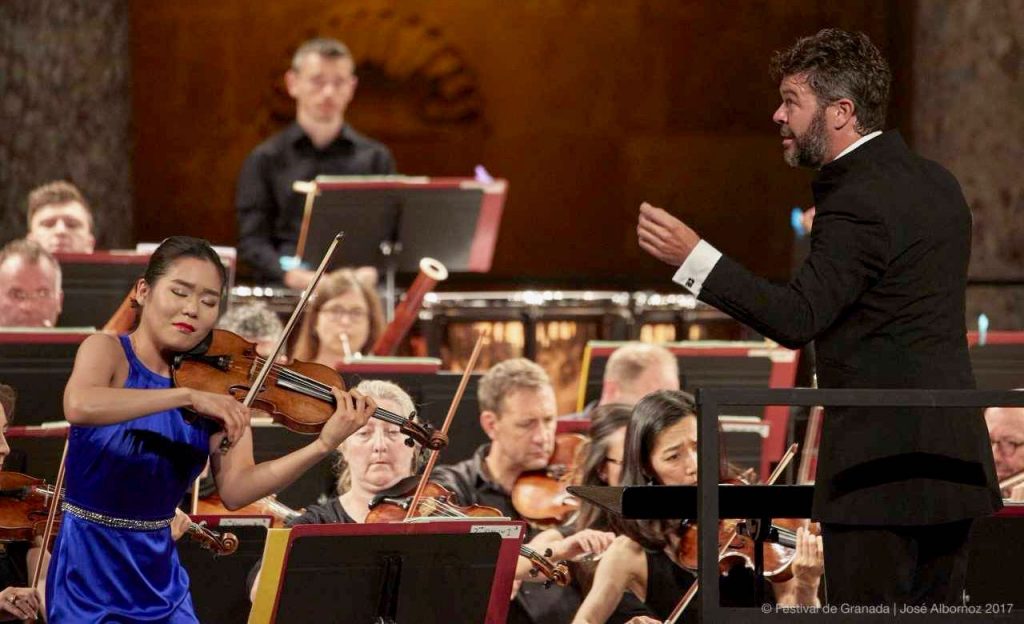 In an era when technical perfection is a given, the spotlight inevitably shifts to interpretation, and Esther Yoo’s playing has been described as ”mesmerising”, “soulful“, “ spellbinding“, “intensely lyrical”, and “taking her audience into an enchanted garden.” She performs with many leading conductors – including Vladimir Ashkenazy (with whom she and the Philharmonia Orchestra recorded the Sibelius, Glazunov and Tchaikovsky concertos for Deutsche Grammophon), Gustavo Dudamel, Esa-Pekka Salonen, Thierry Fischer, Vasily Petrenko, Karina Canellakis and Andrew Davis – and orchestras such as the Philharmonia, Los Angeles Philharmonic, BBC Symphony Orchestra, Seoul Philharmonic, Deutsche Radio Philharmonie or the Royal Liverpool Philharmonic. She has also performed at a range of prominent festivals including the BBC Proms and Aspen Music Festival.

The Royal Philharmonic Orchestra appointed her as their inaugural Artist-in-Residence in 2018, through which Esther participated extensively in educational and outreach projects, alongside their concert performances in London and across the UK.

Esther has appeared in recital at Lincoln Center and Wigmore Hall, and in 2018 she featured prominently on the soundtrack and accompanying Decca disc of the feature film, On Chesil Beach. The piano trio, Z.E.N., (which she co-founded together with fellow former BBC Radio 3 New Generation Artists Zhang Zuo and Narek Hakhnazaryan), tours widely in North America, Europe and Asia. They chose works by Brahms and Dvorak for their first recording and are currently preparing their second recording which, like the first, will be released on DG. 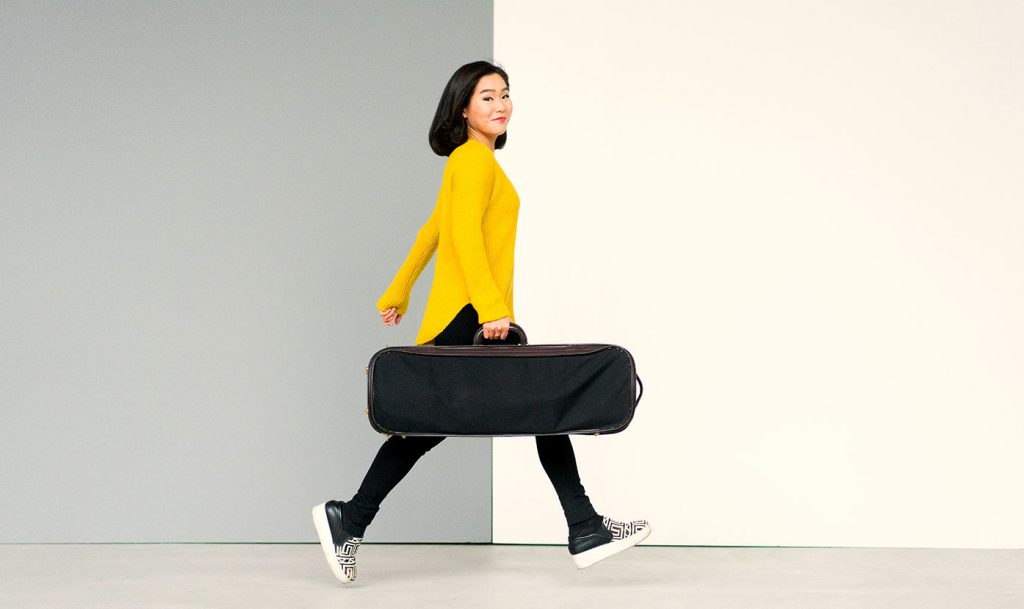 And the virtuoso fireworks of the finale, which can trip up even the best violinists, caused her no trouble. It was altogether a wonderful performance which thrilled the audience, aware they were witnessing a star in the making. Ivan Hewett, The Daily Telegraph

Esther may be unique among classical soloists in being fully tri-cultural. She was born and spent her earliest years in the U.S., before receiving her education in Belgium and Germany, but she always retained her family’s proud Korean heritage. Having authentic roots in three continents may have contributed to her versatility and exceptionally broad range of expression, and was unquestionably a factor in making her one of the most articulate and gifted communicators in the field of classical music.

She began playing the violin at 4 and made her concerto debut aged 8. At 16 she became the youngest prizewinner of the International Sibelius Violin Competition and two years later she was one of the youngest ever prizewinners of the Queen Elisabeth Competition in 2012. In 2014 she became a BBC Radio 3 New Generation Artist and in 2018 Classic FM featured her in their Top 30 Artists under 30. 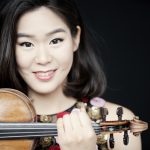 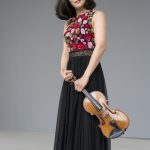 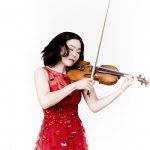 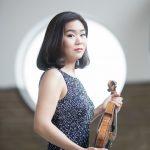 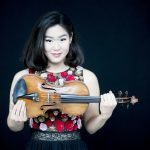